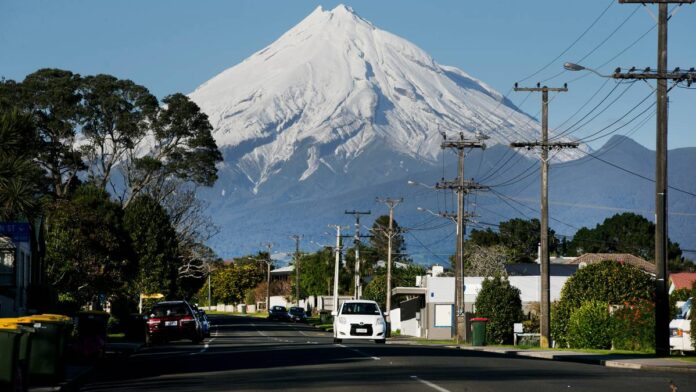 The government has closed the Transtasman travel bubble for at least the next eight weeks. PM Jacinda Ardern said she would not risk the hard work of the 5 million-person team in keeping the bubble open when the risk of the Delta variant is high.

The health ministry is working to determine whether two positive sewage results this week in Taranaki mean there are undetected cases in the community.

Locals are urged to get tested, as well as anyone who has recently visited and is showing symptoms.

The ministry recommends anyone who has recently traveled to Australia and is now in Taranaki to get tested, even if they are not showing symptoms.

Additional testing capacity has been put in place at Taranaki.

The two positive sewage results were recorded on Monday and Thursday this week.

They could be due to recently recovered cases which continue to “spread” the virus, the ministry said yesterday.

“Wastewater testing is very sensitive and can be detected if they have had the virus before,” Deputy Prime Minister Grant Robertson told TVNZ’s question-and-answer session this morning.

“It’s still considered the most likely scenario at play here, but we want to cover all of our bases.”

The results of additional wastewater sampling were carried out yesterday in Taranaki and are expected on Monday, the ministry said.

All tests of port workers and nurses have so far given negative results.

Among them are recent returnees from Mexico via the United States, Russia via Singapore, the United Kingdom via Qatar and the Philippines via Australia.

Meanwhile, there are 15 positive cases aboard the Mattina ship. Five crew members who tested negative were transferred to isolation facilities managed ashore.

The other crew members on board the fishing vessels Playa Zahara, moored at Lyttelton, and Viking Bay, moored at Queens Wharf in Wellington, are being tested during their quarantine on board.

Yesterday, 163 new cases were registered. Forty-five were contagious while in the community.

Victoria recorded 11 new cases of Covid-19 overnight. However, all cases are linked to current epidemics. This brings the state’s number of active cases to 179.

All positive cases were quarantined for their entire infectious period.

Robertson said the transtasman travel bubble would only reopen if community transmission from the Delta variant was “contained.”

It was put on hold for at least eight weeks on Friday, giving New Zealanders seven days to return home.