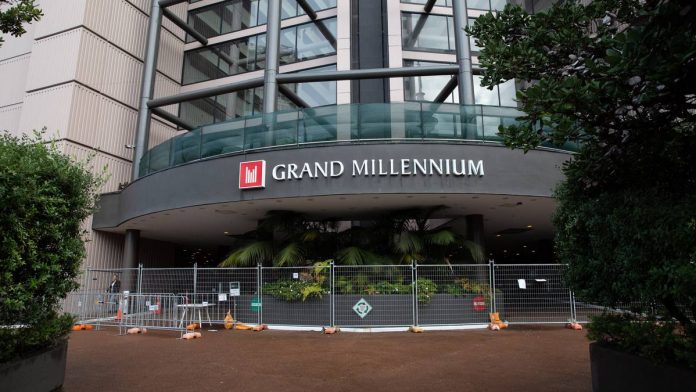 Covid Recovery Minister Chris Hipkins said 135,585 doses of the vaccine had been administered, including 7,695 in the past 24 hours. According to him, 43% were delivered to Auckland, of which 19% are Maori or Pasifika.

There are two new cases of Covid in isolation being managed today.

There are no new community cases.

The seven-day moving average of new cases detected at the border is five.

Among the border cases, one arrived from India on April 8 and the other from Ethiopia on April 5.

The case from India tested positive on day 5 and was a contact of another case.

The person who traveled from Ethiopia tested positive for the virus on the third day of routine testing.

The total number of confirmed cases in New Zealand is 2,235.

Since the start of this year, there have been 45 historical cases, out of a total of 419.

The number of previously reported cases that have now recovered is two. The total number of active cases in New Zealand today stands at 101, the health ministry said in a statement.

The seven-day moving average of new cases detected at the border is five.

It was also revealed that the first security guard who works at the isolation facility run by Grand Millennium – who tested positive and officially became known as ‘Case B’ – had not been tested. regularly, as expected.

Authorities have come under criticism in the past 24 hours after it emerged the guard was last tested for Covid last November.

Health officials have confirmed that all close and occasional contacts more related to Case B have returned negative Covid results.

The exception was his colleague now nicknamed Case C. This person’s positive test result was reported on Sunday evening.

Authorities said there was no place of interest related to the latter case.

Case B, however, visited several businesses in the Mt Roskill area before he tested positive for the virus.

These locations included a local dairy, two bakeries, a barber shop, and a mobile repair store.

Case B also traveled by bus before testing positive. As a result, passengers who traveled on these trips were advised to monitor their health and seek medical advice if they began to experience flu-like symptoms.

In response to local visits to Case B, a pop-up test site was posted at the Mt Roskill War Memorial Hall on May 15 Rd this week.