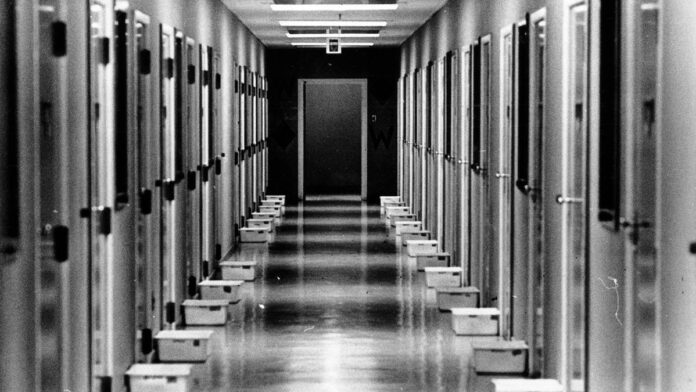 The maximum security unit at Lake Alice Psychiatric Hospital closed in 1999, but some practices, such as compulsory treatment, remain. Photo / NZ Herald, file

New World Health Organization guidelines calling for an end to mandatory and “coercive” treatment of mental illnesses should be a wake-up call for New Zealand, mental health experts say.

University of Otago lecturer Sarah Gordon, who specializes in law enforcement and human rights, said the new report’s findings were consistent with New Zealand’s own health survey mental, He Ara Oranga, who has shown that services must move away from resorting to coercion. treatment orders.

“Everyone is clear that our system is down and until the recommendations of the investigation are actually implemented, we will not see general systemic change.”

The mental health law is currently under review for the first time since it came into force in 1992, which was another reason services were so outdated in many cases, Gordon said.

“The abolition of decision-making in the name [compulsory treatment] does not mean giving up support. You still provide support – but in a different way. “

His Otago colleague, psychologist Paul Skirrow, said coercion was necessary in some cases – where people were too sick to consent or understand their treatment – but mandatory treatment orders were, in his view, being overused. .

“And not just overused, but not used in a good way – we don’t work with families, we don’t work with people to keep them in the hospital for the shortest time possible. The fact that they are reforming the law right now shows that we are not doing it correctly. “

“People have a really hard time asserting their rights in mental health services. We see a lot of stress and isolation happening across the country and people do not have access to justice. So I really think human rights approaches are the way to go.

New Zealand also had “a legal imperative” to take a human rights approach, with its commitment to the United Nations Convention on the Rights of Persons with Disabilities, he said.

Skirrow, who is also an executive adviser to the New Zealand College of Clinical Psychologists, said more emphasis should be placed on psychological treatments to promote long-term recovery, rather than just drugs to treat symptoms.

“The way human rights approaches work is that they remind us that we are treating people, rather than symptoms and disorders.”

The WHO report cites Tupu Ake in South Auckland as an exemplary example of people-centered service.

The peer-led operation in Papatoetoe, led by Pathways for Counties Manukau DHB, has higher satisfaction with care – and shorter average lengths of stay – than in hospital units.

Pathways director of operations Ross Phillips said he hoped the government could achieve its own ambition and implement all of He Ara Oranga’s recommendations.

“If they really endorse the recommendations they’ve accepted and start funding and supporting growth, we’ll see more people-centered, recovery-focused community options that meet the criteria of what the WHO was trying to reach with the Quality Rights Program. “

Pathways runs a similar program in Christchurch, while other providers offer peer-led services in Waikato and the North Coast, but most areas had nothing like it to offer people in mental distress, a- he declared.

If people were properly supported and engaged in discussions from the start, mandatory treatment orders would not be necessary.

“We have to do this before they are at this point where they are in such a state of distress that they may not have this ability to decide.