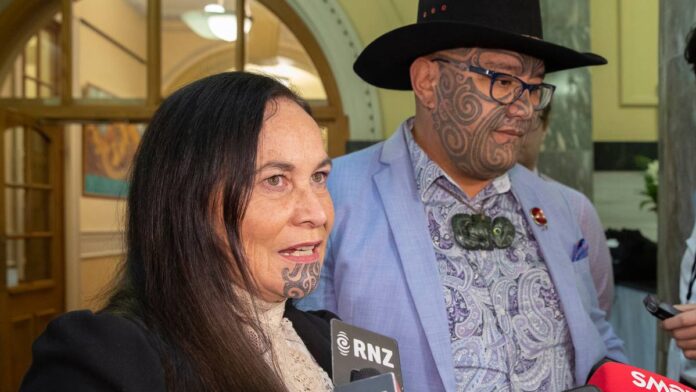 MPs on both sides of the political divide agree on the end goal of a landmark climate change report, but differ widely on the way forward to get there.

Meanwhile, industry groups, from the gas industry to farmers, both facing dramatic changes in their livelihoods, have expressed cautious support.

The Climate Change Commission released its long-awaited final report on Wednesday, setting out a roadmap for New Zealand to achieve zero net long-lived greenhouse gas emissions by 2050 and reduce emissions from biogenic methane from 24 to 47% by 2050.

Included are a range of recommendations ranging from phasing out cars with internal combustion engines by 2035, to banning LPG connections and policies that would result in a 15% reduction in livestock.

The government must consider the recommendations and either adopt them by the end of the year as part of an emissions reduction plan or come up with something better.

Climate Change Minister James Shaw said the report was based on “the best scientific and economic advice there is.”

“Overall, I think they landed in the right place.”

This would still have to be considered by Cabinet, and they would seek bipartisan support – as with the Zero Carbon Act – to ensure it continues.

National Party spokesperson on climate change Stuart Shaw said there was “no doubt” his party supported achieving net zero carbon by 2050, as provided for in the Zero Carbon Act. .

He reaffirmed his party’s support for the Commission and its “carbon budgets” to achieve the target, and said it was National who signed the Paris agreement in the first place.

However, he said he was concerned about “policy interventions” designed to achieve such goals such as “reinstatements” to promote the adoption of electric vehicles.

Instead, he said the Emissions Trading System (ETS) needs to be better used to allow the free market to spur innovation.

“ETS is the mechanism to reduce our emissions and if a policy is proposed instead, we need to know why, know the costs and benefits of this and why ETS cannot achieve it.”

Farmers were also urged to do more than was originally proposed, he said.

Also concerning was the first emissions budget, which saw New Zealand cut emissions by 8% in just four years, between 2022 and 2025.

“Given that under this government emissions have increased by 2% and that we are on track to burn over two million tonnes of coal this year to generate electricity, we must first slow down our emissions to reduce them to zero before starting to reduce them.

“So this is quite a challenge. However, as the government reflects and works through this report, we will continue to advocate on behalf of New Zealanders to ensure that we do not impose command and control policies on ourselves. “

Act leader David Seymour said New Zealand had to play its part in tackling climate change, but questioned why it was trying to “rule the world” given its small footprint.

“If the rest of the world wants to decarbonize, then we have to follow them. It is dangerous for a small trading nation to get out of sync with its trading partners for the sake of diplomacy, trade and consumer preferences.

“It would be foolish for New Zealand to ‘run’ the world. Whether we like it or not, we are a passenger on this journey, our emissions alone will not change the climate.”

He also said that having an emissions trading system with a carbon cap goes against the goals of policy interventions.

“The government should not micromanage the economy to reduce emissions. It should cap carbon credits based on emissions from other similar countries.”

Te Paati Māori co-leader Debbie Ngarewa-Packer said she welcomed the report, especially as tangata whenua had “the most to lose” from climate change, as did Pasifika whanaunga in the face of the prospect of losing their islands due to rising sea levels.

Environmental protection and restoration could not be achieved without recognizing and implementing Maori rights and recognizing the role of tangata whenua as kaitiaki, Ngarewa-Packer said.

“It really includes the return of our lands and resources. We cannot overcome the climate crisis without returning the land to its rightful indigenous owners, who know how to manage the land in harmony with the climate.

She called for fewer cows, an end to onshore oil and gas licenses, and the withdrawal of existing onshore and offshore licenses, with the goal of decommissioning all sites by 2030.

One of the main changes from the draft report released in January was the increased focus on partnerships with iwi and maintaining Te Tiriti o Waitangi.

In response to “significant feedback,” the commission said:

“The transition to a low emission society in Aotearoa must be fair for tangata whenua and all New Zealanders.

“To achieve this, the impacts of the transition on Iwi / Maori must be understood from a te ao maori perspective.”

Maori, like indigenous groups around the world, are among the most vulnerable groups to the impacts of climate change due to their “significant dependence on the environment as a cultural, social and economic resource”.

The Māori economy relied heavily on primary industries and many communities were located near the coast. Already many urupā (burial place) and marae were inundated or washed away in the sea.

There were also equity issues, as people with higher levels of poverty and socioeconomic inequality would be less able to easily adapt to new policies and the impacts of climate change.

The commission also called for a proactive partnership with iwi / maori and to promote a Maori-led approach to a just transition for iwi / maori.

“It is no longer enough to have a conversation, for the government and its officials to seek consultation or use policy frameworks to assess the impact on Maoridom.

“Māoridom is ready to walk alongside the government, to take the necessary measures to support the transition to a low carbon economy.

The E tū union also welcomed the report and its policy guidance for a “just, inclusive and equitable transition for workers and their communities,” said researcher Sam Huggard.

Job losses, such as more than 2,000 mechanics and farm workers by 2035 due to changes in the industry, were predicted as the economy decarbonized.

However, new jobs would be created in a range of clean energy and new technology industries.

Huggard said the advice covered proactive transition planning with all parties at the table, widely accessible education and training, dedicated support for workers in transition, and better analysis of the distributive impacts of climate policies on climate groups. population.

“Workers know that change is happening in their jobs due to climate change and other trends, such as automation – which is why a just transition is so necessary.”

However, significant investments are needed to develop new industries or support existing ones in the transition to a low-carbon future, he said.

Paul Goodeve, managing director of the Firstgas Group gas network, said they welcome the commission’s move from bans on energy sources to the transition to low-emission alternatives.

“The [commission’s] The final piece of advice is more in favor of preserving our ability to decarbonize multiple energy distribution channels, including using zero-carbon gases like biogas, bioGPL and hydrogen, ”said Goodeve.

“The committee removed the proposed ban on new gas connections and a first recommendation to replace gas appliances with electric alternatives.

“This means that gas users can meet our national zero emission goal without resorting to electrification or carbon offsets, and without needing to replace their current gas equipment.”

The final report recommends that the government set a target for 50 percent of all energy consumed to come from renewable sources by the end of 2035; supports the development of bioenergy and hydrogen; and assesses the role of biogas and hydrogen as an alternative use of pipeline infrastructure.

“The key is that it could happen anyway, I’d be happier if the market led it, if the farmers choose to do it.”

Hoggard said they were concerned about the unintended consequences of too much pressure on agriculture, as New Zealand was already one of the best producers of low-carbon food.

“We don’t want to have to cut production here just to move overseas with higher emissions.”