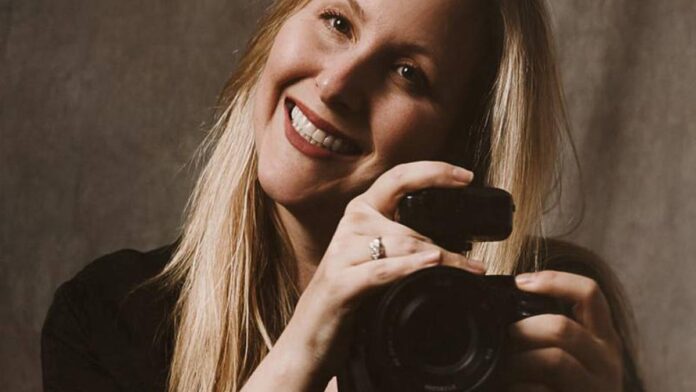 Ronnie Ronalde, head of operations at CPG Hotel Group, describes the “horrific” accident with the bride and groom on board. Video / George Heard

The Civil Aviation Authority requested the photos taken aboard a helicopter seconds before it crashed at a Christchurch couple’s wedding on Saturday.

The Herald can reveal that photographer Rachel Jordan was taking pictures just before the Robinson R44 helicopter lost power shortly after takeoff.

Her husband Eric Jordan was contacted by CAA today and said he would provide the photographs they requested to help with the investigation.

The helicopter crashed at Terrace Downs in Mid-Canterbury on Saturday.

There were four people on board – Jordan, the newlyweds Fay El Hanafy and Mahdi Zougub, and the pilot.

All four were seriously injured and are still in hospital.

Jordan spent much of the day sleeping after being transferred from the intensive care unit at Christchurch Hospital to an orthopedic trauma ward.

Eric Jordan said his wife has now had two surgeries – both successful – on her arms, ankles and feet.

During the second surgery, they inserted additional plates and screws into her feet due to the crush injuries to her bones.

“She is still on a continuous infusion of three different types of pain relievers to relieve the sharp and sharp pain from spinal compression that she suffered,” Eric Jordan told the Herald today.

“Teams of several nurses must continually shift her weight to keep her legs from atrophying and developing sores – because she cannot move her legs, which are immobilized by casts and mostly numb and tingling from severe damage. neurological.

“Nurses test his breathing several times a day to get him to breathe more deeply, as his lungs have been lacerated and squeezed by a broken breastbone.

“Every breath and every cough causes waves of pain in his body – so it’s very slow to return his shallow breathing to normal. “

Eric Jordan said his wife was “severely bruised” all over her body.

“From the impact of the helicopter’s structure on his body,” he explained.

Jordan’s main injury was a burst fracture to his spine.

His surgeons had explained that the injury resulted from the fact that Jordan’s spine was “strongly compressed by the immediate rapid descent of the helicopter into the ground.”

“The bones were pushed up into the spinal canal – dislodging several vertebrae,” Eric Jordan said.

“A lot of vertebrae have fractured into several pieces.”

This damage may progress for some time before the extent is realized.

Eric Jordan said his family is doing the best they can.

They moved from the United States to New Zealand in 2015 and although their family could not be here, they enjoyed the good support of their friends and community – and the hospital staff.

“Our son Evan spent yesterday drawing colorful pictures on all the casts she wears on her arm and both legs – to cheer her up a bit,” said Eric Jordan.

“We have a family friend by the name of Jenna Young who is also a photographer who regularly stays in the hospital every day to help us coordinate things for Rachel and help keep Evan’s mind on activities. fun discovering Christchurch.

“She’s been incredibly helpful to us.”

He said the family had received messages from clients as well as Evan’s classmates at Bay of Islands International Academy.

“And people all over New Zealand with a wave of support for Rachel’s situation – with a genuine concern for her well-being,” he said.

“The Givealittle page that was created by Emma Macdonald has been an incredible support for us.”

Eric Jordan and family members of the newlyweds were invited to a reunion yesterday with Wyndon Aviation, the company that owns the helicopter.

The families learned that initial investigations confirmed that the plane’s engine lost power shortly after take-off, causing the terrible crash.

“Although the investigation is still in its early stages, we have established that the helicopter’s engine suffered a complete loss of power shortly after take-off,” a spokesperson told the Herald after the meeting. family.

“In other words, the engine had stopped.

“Statistically, this is a very rare event.”

The company said its investigation is ongoing.

“It is imperative that we find the cause of the loss of engine power,” the spokesperson said.

The CAA is also investigating and has said its work may take some time.

Eric Jordan said the explanation given by the helicopter company was “consistent” with what his wife told him – that the engine came to a complete stop during the flight.

“The only thing Wyndon Aviation has not yet been able to determine is the exact cause of the power loss,” said Eric Jordan.

“I was personally contacted by the CAA and asked me to provide camera photos of Rachel, who took several photos of the helicopter’s cockpit shortly before the crash.

“I hope to provide them with these photographs for review as soon as possible, as part of my busy schedule, dealing with Rachel’s health and other issues related to her care.”