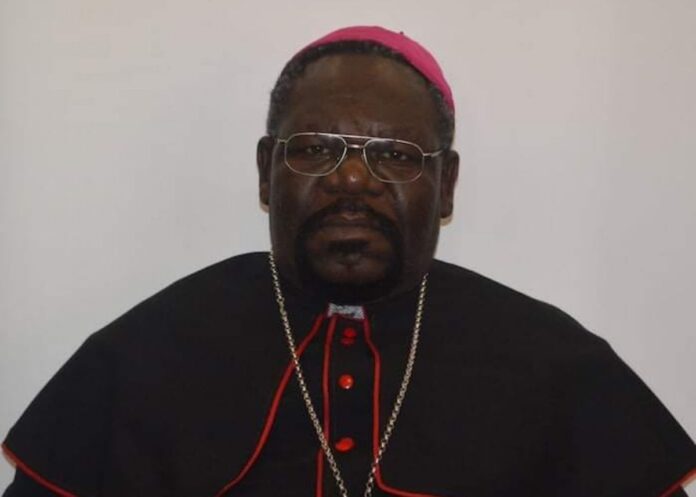 Pope Francis has appointed Bishop Mandla Siegfried Jwara as the new Archbishop of the South African Archdiocese of Durban, the Vatican announced on Wednesday (June 9). Jwara replaces Cardinal Wilfred Napier, 80, who held the post for 30 years before his retirement.

According to the Vatican, Napier tendered his resignation in 2016 at the age of 75. Pope Francis, however, asked him to remain ordinary in the archdiocese. Archbishop Abel Gabuza, Napier’s future successor, died of COVID-19 on January 17, which created some uncertainty for the church.

“That day everything seemed to go black! Question after question was pouring in. The most frequent was: Lord, why now? Why a few months away from taking over? ‘ Napier said, reflecting on Gabuza’s death in his message to the Archdiocese.

“Today, with the announcement of the appointment of Bishop Siegfried Mandla Jwara, CCM, as the new Archbishop of Durban, we see the manifestation of the thoughts and ways of God,” Napier added. “He has taken from the Order of men who have a long history of going into uncharted territory to sow the seeds of faith.”

WHO IS THE NEW ARCHBISHOP OF DURBAN?

Mandla Jwara was born on February 1, 1957 in St. Nivard, KwaZulu-Natal, in the Diocese of Marianhill. He attended schools in Kwa-Hluzingqondo, uMkhomazi and graduated from high school in 1980.

Jwara subsequently entered the Marianhill Missionary Congregation and was a novice at Marianhill Monastery. He was ordained a priest on February 14, 1987 after completing his philosophical and theological training at the Saint Joseph Theological Institute in Cedara.

Jwara was appointed apostolic vicar of Ingwavuma, South Africa by Pope Francis on April 30, 2016. Prior to this appointment, the bishop was pastor and regional superior of the missionaries of Marianhill in the province of Umtata.

Here are the most common causes of death in each province

Here are the most common causes of death in each province