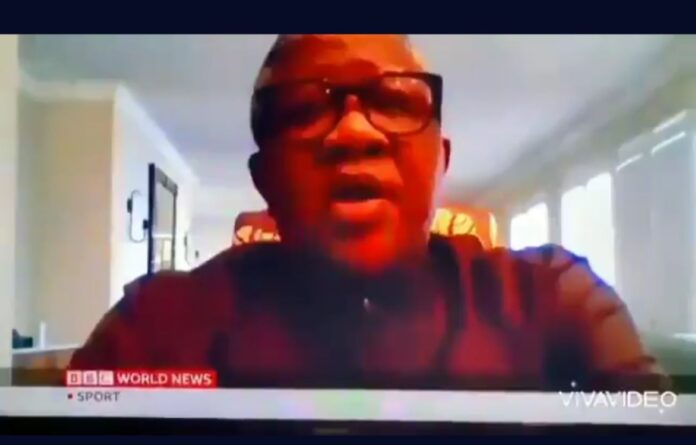 Transport Minister Fikile Mbalula may have a little regret after conducting a television interview with the BBC recently. Mbalula was the guest of the news channel’s news show HARDTalk and the results are… let’s just cringe worthy.

The interview focused on the latest developments in the country, including the aftermath of the recent riots, the deaths in Phoenix and the violence of Cape Town taxis. The host of the show, Stephen Sackur did not hesitate and toast the minister – especially on the contradictory messages coming from the government.

Here’s how we got there: It all started when Defense Minister Nosiviwe Mapisa-Nqakula told parliament that she did not believe the recent riots (which rocked parts of Gauteng and KwaZulu-Natal) were the result of an attempted coup state or insurgency – contradicting the assertion of President Cyril Ramaphosa.

“We have heard people refer to the insurgency or the coup. If it is an insurgency or a coup, it must have a face. Our point of view is that we are seeing signs of counterrevolution, which is manifested in the form of hooliganism and thugs, ”Mapisa-Nqakula said at the time.

Presidency Minister Khumbudzo Ntshavheni then hit back at his defense counterpart’s statement, saying they were not supported by facts.

“We would like to point out that the government’s position is that, as articulated by the president, of an attempted insurgency in the country. This perspective is informed by discussions in the National Security Council, which is chaired by the president and receives information from military commanders and other law enforcement officials, ”Ntshavheni said.

Twitter was inundated with reactions to the awkward BBC interview, with some even praising Sackur for asking the “hard-hitting questions” – here’s what some South Africans have to say.

Coronavirus Covid 19: What the pandemic taught me about the housing...